What to expect in affiliate marketing in 2019 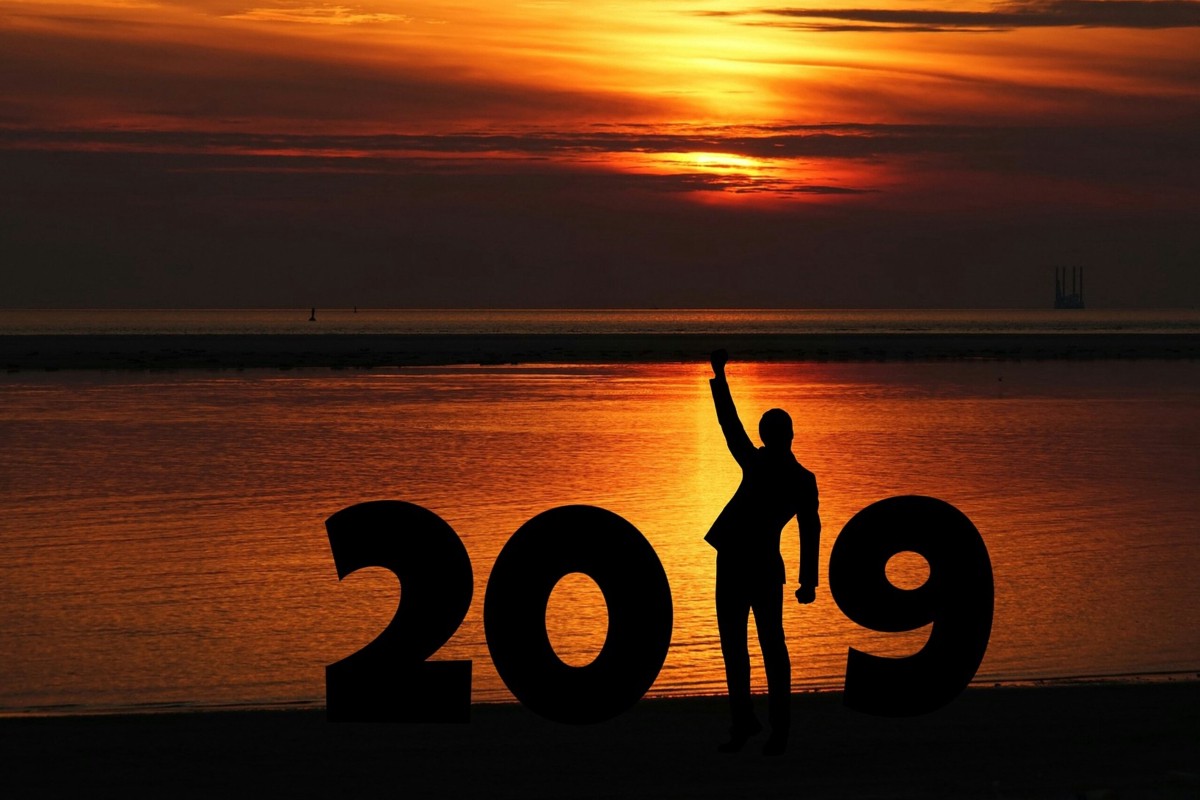 2018 was quite a year to remember (or forget, depending on your sentiments). In the world of affiliate marketing, 2018 saw a new level of maturity in this marketing channel; from the take-over of Influencer marketing, to brands truly working with their reps to create content, and a growing share of the e-commerce marketplace.

So what do we have in store for 2019? If the past twelve months have been any indication, quite a lot. Let’s take a look at some affiliate marketing trends that should play out big in the new year, and how they might affect your strategy in the future.

We’ve quickly gone from Micro to Nano-Influencers as merchants continue to find more specified reps to work with who have niche followings. Businesses are finding that large follower numbers aren’t nearly as important as high levels of engagement with a core, loyal audience. It’s not how many people click “subscribe,” it’s how many continue to like and comment on posts. And if the numbers have anything to say about it, focusing on these Influencers really work. According to a study by influencermarketinghub.com, the ROI on Influencer marketing has been tremendous:

Businesses are receiving $7.65 on average for each $1 they spend on influencer marketing. The top 15% are actually receiving more than $20 for every influencer dollar spent, although 25% are either losing money or just breaking even.

The majority of brands that utilize Influencers see a 7X ROI, which is remarkable, but is it because these Influencers know what they’re doing, or is it something more basic than that? Namely, some fear that Influencer marketing is just an expensive way of disseminating information that could be done for less.

A study out of Stanford showed that randomly seeding regular people (ie., non-Influencers) with information was just as effective as seeding the most optimal people in a group (ie., Influencers). In other words, it may be just as effective for your business to work with a handful of random reps in a niche than a single Influencer.

Hence our prediction of the “Pico-Influencer” (we’re coining this term right now) coming into vogue in 2019. If the Nano-Influencer (such a 2018 term) has just a few thousand followers, then the Pico-Influencer could just have a few hundred. In essence, just your average affiliate reps! So, a solid affiliate marketing strategy with “normies” may be just as effective as loading up your stable with various Influencers.

We recently wrote about Viglink’s new Optimize feature that turns formerly static affiliate links into dynamic links depending on the EPC (earnings per click) of a merchant bid. It’s a technological evolution of affiliate marketing that we think has the potential to change the game.

Google AdSense and Facebook Ads have already proved that an auction system works in advertising. The natural next step seems to be applying this idea to affiliate marketing links. The interesting part here is that unlike displayed AdSense ads that rotate on a website (depending on who wins the bid that moment), nothing on these “smart” affiliate links change at all for the visitor except the destination URL. Publishers won’t have to update their great, evergreen content; and the links will continue to change depending on advertiser bids.

This isn’t just a boon for publishers who will see affiliate links that pay them a higher commission as the months go on, but also for merchants who would love to be linked to a piece of content that already has a ton of views.

Affiliate link technology is just starting to take off, and we think 2019 will be big for this type of advanced strategy.

Businesses already use Instagram as a virtual storefront, especially fashion & lifestyle brands. But while users can browse easily, they still need to click through to the company’s own site to transact a sale. With the way that social media is so deeply integrated into the lives of people and brands, we think that middle step will soon go away.

Thus, we wouldn’t be surprised if users will be able to transact right from within Instagram’s app, without having to be ported to an external site at all. This would be a boon for affiliate marketing conversion rates because you wouldn’t have an extra step where potential shoppers can get cold feet; as well as more incentive for your reps to really curate and cultivate their feed.

And while we’re on Instagram, here’s a stat you should know: video views on Instagram is up 80% year over year. It’s more evidence that Instagram should rebrand to Instavid since videos are quickly becoming more important than images on the social media platform. Another pro tip: most of the videos viewed are vertical, not horizontal (ie. wide-screen, like on YouTube). Millennials don’t have the time to turn their phones sideways, so keep that in mind the next time you’re creating video content. Companies like Headliner already do a lot with vertical video.

According to a slide in Mary Meeker’s 2018 Internet Trends Report, Facebook is the top social media channel that people use to discover products they want to buy. And they do buy, to the tune of 55% of those who found those products through social media.

Again, the death of Facebook has been highly overreported. It’s still important for merchants and publishers who engage in affiliate marketing to take Facebook posts seriously, not as an afterthought. It’s a great place to post about new products and services, as well as sales and discounts.

And sure enough, as Meeker’s next slide illustrates, social media is sending more customers through to e-commerce sites:

The Rise of Twitch (for More than Video Games)

If you haven’t heard about Twitch, now’s the time to brush up on your streaming game big time. Not only are over a million eyeballs glued to Twitch streamers in any given moment, but multiple millions of dollars are being transacted on the platform as well. And oh yeah, Amazon owns it.

If you’re in the gaming industry, you know all about how powerful Twitch is as a platform for generating views, fans, and revenue. But we already saw an explosion of creativity in 2018 outside the traditional boundaries of gaming. From ASMR to live painting to bounty hunters streaming their day, Twitch is growing into a general purpose live-streaming platform rather than just for video games.

Affiliate merchants need to pay attention because this is where the next generation of Influencers are already emerging from. How long did it take you to wrap your head around Snapchat or Vine? Well Twitch is even more complicated, so it’s time to do your homework. Especially for brands that are targeting Gen-Z, Twitch will be a huge channel for your affiliate marketing in 2019.

Peak Mobile Saturation in the U.S.

For years, we’ve been hearing about taking a mobile-first strategy in our e-commerce, and that’s still true. The majority of traffic is from mobile devices. However, we might be stabilizing into the mobile/desktop ratios we will see for a long time:

Another slide from Meeker’s report shows that the global growth of smartphone shipments is at 0%. And while countries like India and China are still growing in mobile usage, the U.S. has seen significant slowdowns (check Apple stock if you need another reference point).

In other words, everyone who wants a smartphone has one. The years of huge surges in new mobile users coming online are behind us, domestically, and so businesses should expect that the ratio of mobile to desktop traffic they saw in the second half of 2018 is generally the ratio you’ll expect to see moving forward.

So what does that mean for you? Take stock of how many of your sales resulted from mobile traffic versus desktop traffic. This will give you a solid 2019 strategy of where to allocate company resources for dev, creative, marketing, etc. Or, is it even worth catering to your desktop traffic if it now only accounts for, say, 10%? Stabilized ratios can help you plan out further into the future.

Finally, many (if not most) economists are predicting that 2019 will be at least a correction year in the stock market, if not an outright recession. Obviously, this will have a giant impact on every aspect of business. But, for those heavy into affiliate marketing, there is good news: affiliate marketing is often considered to be “recession–proof.”

We’re not sure we’d go that far, but affiliate marketing is a channel that relies heavily on trust, loyalty, and word-of-mouth; qualities between a brand and their customers that have the best chance of converting sales when everyone is looking to pinch a penny. After all, even in a recession, people need to buy things; and they will turn to tried and true brands, and listen to the advice of trusted Influencers. Of any marketing channel, affiliate marketing seems best poised to continue converting through an economic downturn.

That is to say, the stronger your affiliate program is while times are bullish, the more it’ll carry your business when things get bearish. Shoring up your relationships with current reps, investing the time and effort to find new ones, endearing yourself to Influencers (Micro, Nano, Pico), and earning a reputation for running a great program are all important things to do at the start of 2019. You know, just in case. 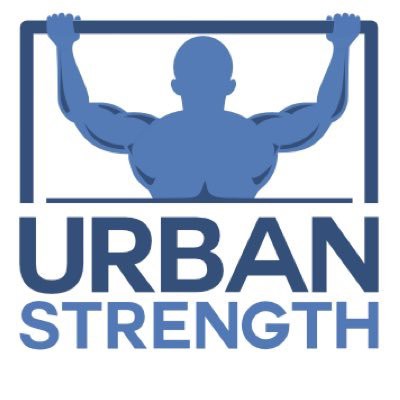 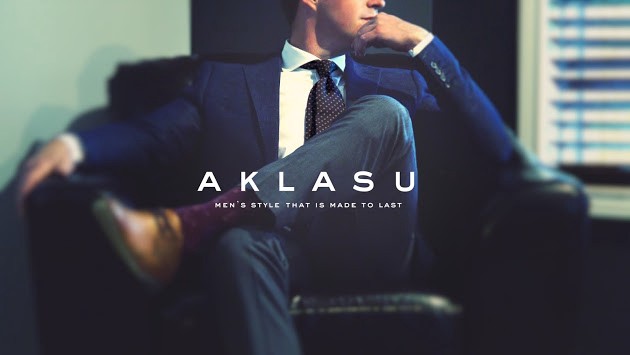